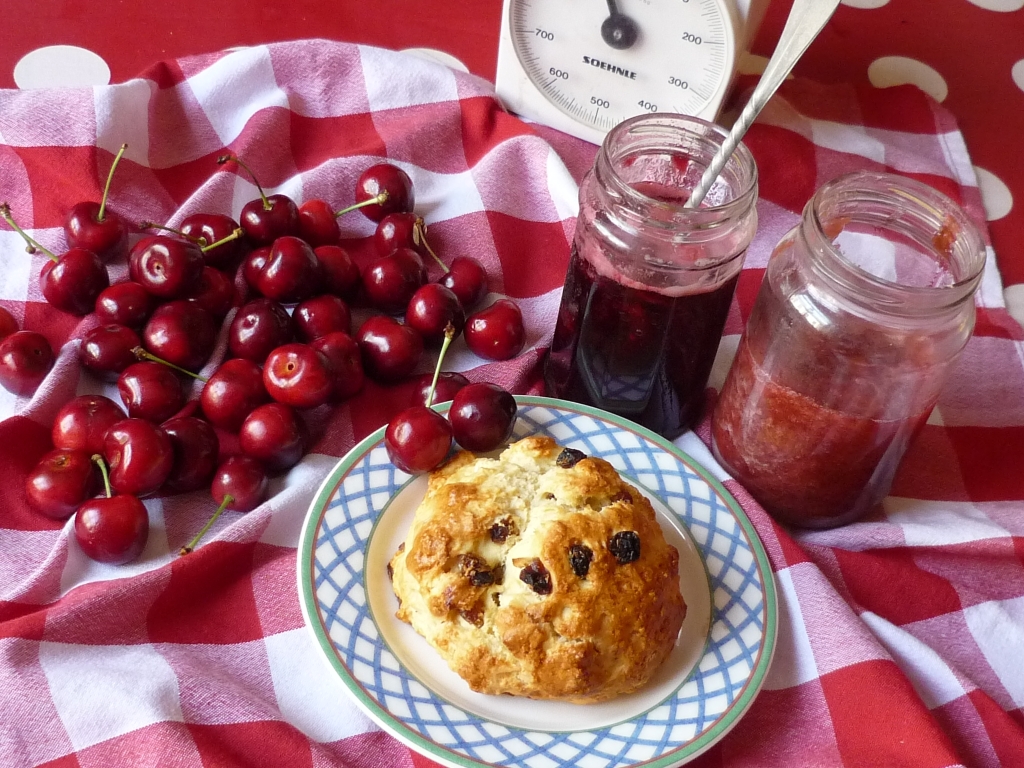 A few of my Belgian and French friends raise an eyebrow when I say that British food can be good. Haughty, conservative, non-adventurous French cuisine loyalists. It’s their loss, not mine. If they were joining a television midday contest and the question was: can you name one British food?, my guess is that they cannot even guess. A bit of coaching and I tell them to say scones, except that they always pronounce it like scon. And just by the sound of it, the origin would most likely be Scottish where the verb scon means “to flatten with an open hand.” Or did it really originate from the town of Scone, ancient capital of Scotland where the monarchs are crowned? History is as vague as whether scones should be considered quick breads or pastry (same ingredients and process of shortcrust), triangle or round, flat or unshapely like the ones I prefer to make. However, it was the English who made the scone an imperative snack, thanks to the afternoon teas invented by the Duchess of Bedford and made fashionable by Victorian women in their desire to be domestic champions.

I always have this hidden desire to be a domestic champion and at home, my husband and daughter think I should get the trophy. Scones come second to rice as my comfort food. I like to eat them warm, fresh from the oven with a nice spread of homemade red jam and a large spoonful of clotted cream (in that order), cravings that I have when the Belgian gray skies cover you like an unwanted invisible cloak. Whenever I get a chance, I choose Rhoda’s clotted cream but it’s so difficult to find them in Brussels supermarkets so I settle for Campina’s Maquée de Brabant, made with whole farm milk and best consumed after a week. Even when I’m feeling a bit sluggish, I take the courage to bring out a mixing bowl and start making scones. One of the secrets of scones is to put as much air into it to make it light and fluffy. So, I let flour rain….no, no, no, I’m actually translating a French baking expression “verser la farine en pluie” but what I really meant was …can’t put this properly in words so I’m hanging out some pictures. My Irish friends think that this is a personal invention, probably an excuse to prolong my loving minutes with butter and flour, but the other secret is the use of ultra-fine flour, the Italian 00. 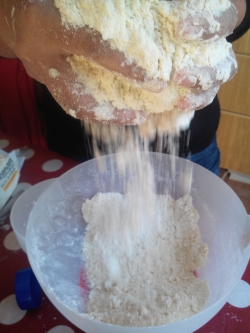 My scone recipes come from two Irish ladies, Amanda my bestfriend and the radiant celebrity chef Rachel Allen. Amanda gave it to me in a live demonstration in her sunny kitchen. Rachel Allen’s came on one page of her book “Bake,” a precious gift from another Irish girlfriend and fantastic cook, Cristina (we’ll she’s actually  half-Irish).  Check recipe page for the two versions.

I have not eaten as much scones as I have of rice but among those I have tasted outside my home and truly worth taking tea with a Duchess are the scones of Lanesborough Hotel, facing the Hyde Park in London. They are beautiful. Can we say that to food? But they are. They are buttery, moist, and fluffy and come with jam, clotted cream and lemon curd. They are served in fine bone china and polished silverware. And surely with a cup of tea carefully chosen and recommended by the tea sommelier. Having them in bite-sizes, I have all the excuse to have all three scones to myself or stash one in my handbag when the waiter is not looking. But that is not very duchess-y, is it?