You fall in love”

I was surrounded by the spirits of those I wanted to be with, authors whose names are now scrolled in paperbacks and hardbound editions. Some of them famous, others are about to become famous. And yet, there would still be a few whose names and writings will probably end up in next year’s book sale. I was here to read, quietly, while sipping fresh mint tea. Alone but not lonely.

The English Library of the Cook and Book complex behind the Wolubilis Theater in Woluwe Saint Lambert, Brussels is my favourite place to have a quiet tête-a-tête, especially if it means having one with one’s self. Considered as one of the world’s 12 beautiful bookshops, Cook and Book is a series of buildings, which houses libraries and restaurants. The English Library is found at the farthest corner of this block, where there are zero passersby and which is accessible by passing through a fancy diner with chrome chairs and shelves featuring cookbooks. 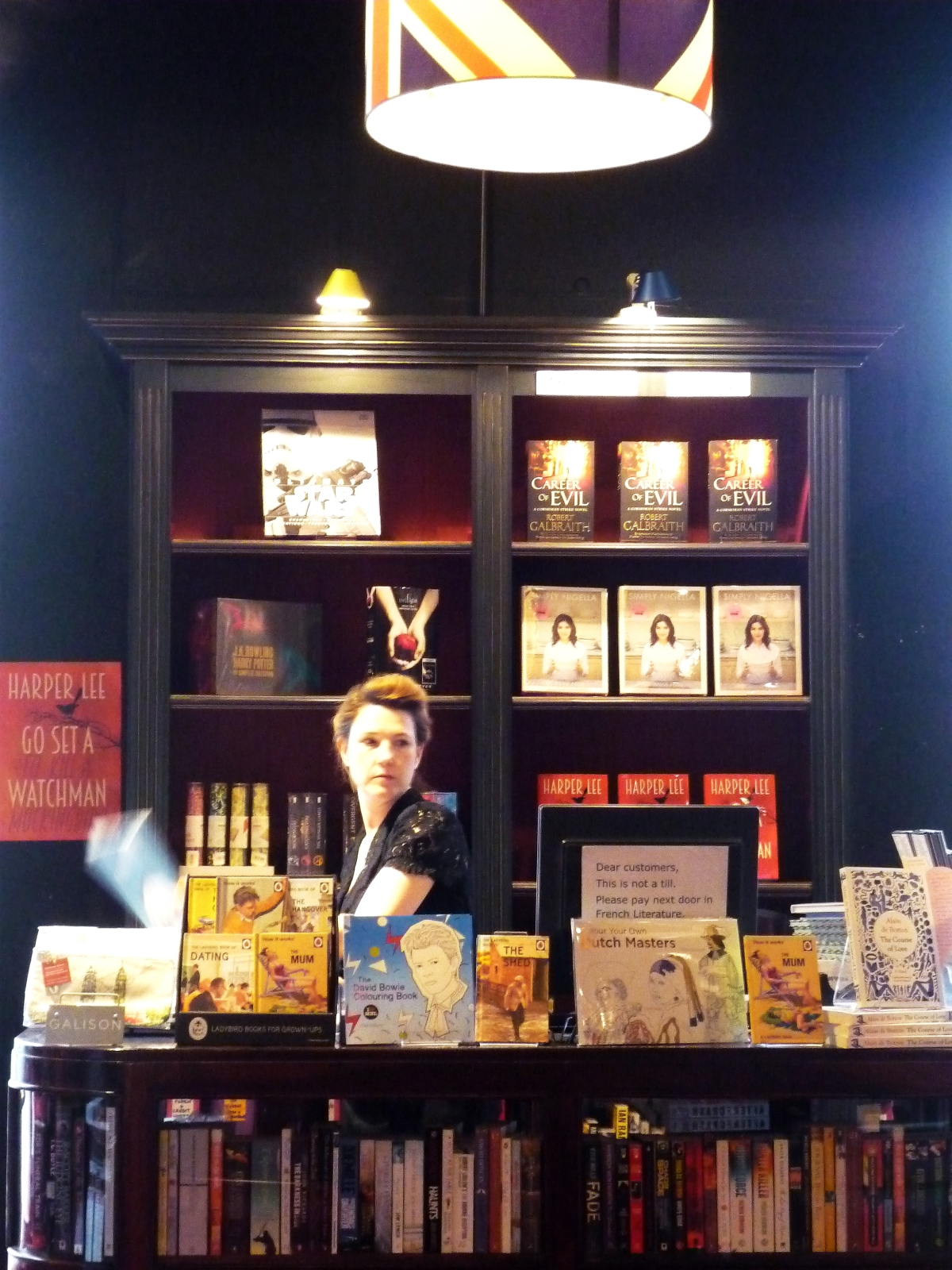 This is probably the most quiet public place in Brussels, simply because they don’t play any mood music. Footsteps are muffled by the thick paisley-designed red carpet, no cash registers, no phones, no noise. Even the lady librarian speaks in whispers.

The red love seats are inviting, which allowed one to intimately share space with a stranger who is most likely here for the same reasons: solitude in silence. I crouched deep in the buttoned sofa, intent on finishing a pocket-size Penguin edition of Mark Twain‘s “The Stolen Elephant” while stifling giggles at almost every page that confirms Twain’s insatiable penchant for humour. I picked up this lightweight pocketbook, lighter than my smartphone, by chance. I didn’t have a lot of money to spend and I was bored. At the English Library, there are books for all budgets, ages, interests. The walls were lined with the classics, non-fiction, self-help and odd-titles such as “The trouble with women” by J. Fleming. But Twain at one euro and fifty, humoured me the whole afternoon with a caricature of police inspectors. I will not tell you if the stolen elephant was finally found. For a euro and fifty, you can well review your classics.

I stood up, shook my numb legs and moved to a round table, sitting on number 2 by the window. There was extraordinary sunlight and the room was brighter than it is in wintertime, which I prefer, when the dark skies and peltering rain made me feel I was in a cozy sitting room of some isolated castle in the Scottish highlands (except there would have been no fresh mint tea, brewed the Morrocan way). With tea, I ordered a roasted fig shortbread. By the time my pot was empty, I was ready to head home but not before picking up William Sitwell‘s “A history of food in 100 recipes” and ordering Emile Zola‘s “The Belly of Paris,” two foodie masterpieces I exchanged my shoe budget with and hoping, these would be enough to keep boredom at bay.